“Duran Duran Vs Spandau Ballet” in 2015 – the dimensions of rivalry 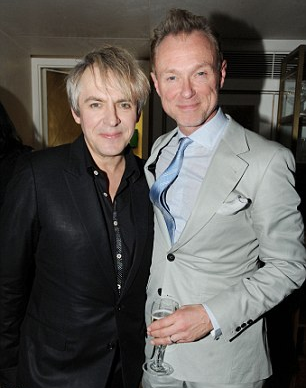 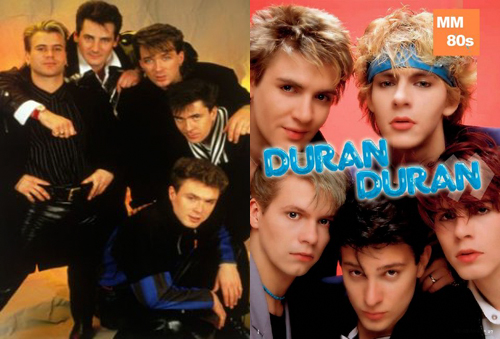 In an interview back in the 90s, Duran Duran lead singer Simon LeBon admitted that New Romantics act Spandau Ballet was their most direct rival – on the music charts as well as in British pop culture. For the generation that remembers the rivalry of these two bands, 2015 might be the year to look forward to as both bands return with new albums. In fact, both bands are currently toiling away in recording studios right now.
The nature of the “Duran Duran Vs Spandau Ballet” rivalry will have a different flavor in 2015 than it did back in the day. This new flavor gives the bands advantages on some dimensions but not so much on others. Here are the new dimensions of the “Duran Vs Spandau” rivalry:

Unlike many bands from the 80s whose careers ended when that glorious decade ended, Duran Duran persevered and enjoyed two stunning comebacks – one in 1993 with the “Wedding Album” (which yielded two legitimate global radio hits – “Ordinary World” and “Come Undone“) and then again in 2004 with “Astronaut” (which featured the band’s original five members). Their most recent album – a “back to basics” album titled “All you need is now” was released in late 2010. Hence, Duran Duran never really went away despite the fact that pop culure influencers continue to bottle them into the 80s. Spandau Ballet, on the other hand, is slated to release their first album of new material since 1989 (besides their 2009 album “Once More” which primarily featured reworked versions of hits). Theirs is a sound that is married to the 80s. Hence, the curiosity factor around “Spandau in 2015” is immense. Their succesful arena tour in Europe and Australia in 2009-2010 suggests that Spandau Ballet is also the beneficiary of a deep-rooted “absence makes the heart grow fonder” syndrome. Duran Duran’s sound has evolved over the years. Hence, the curiosity factor around them is not that high. Hence, on this dimension, Spandau Ballet wins hands down and has a huge advantage over Duran Duran.

The success streak that Duran Duran has had in the US is commendable in the first 15 years of their career. They made the successful transition to the 90s with their hit album titled “The Wedding album“. They were a potent for to be reckoned with from 1981 all the way till 1993 in the US. While they have not necessarily transcended generations with their music in the US to the same extent that their late 80s rivals Depeche Mode have, they have held on to an incredibly loyal following that shows up in hordes for their concerts. Spandau Ballet has not had the same luck in the US. For reasons beyond our comprehension, they only had three US top 40 hits – “True“, “Gold” and “Only when you leave“. The latter two have not stuck in American pop culture the way “True” has. In fact, in the US, their legacy revolves solely around that one hit single. Hence, at least in the US, Duran Duran has the upper hand in terms of general anticipation for new material based on the breadth of their legacy.

In the Spandau Camp, legendary music maestro Trevor Horn is holding the production reins on the new album. Trevor Horn has never worked with the band before but he is responsible for the sonic magic on albums by some of pop music’s most celebrated acts. Noteworthy examples include Frankie Goes To Hollywood, Pet Shop Boys, Robbie Williams, and Seal. It is safe to say that Mr. Horn just might be the music industry’s best and most reliable producer. He has the ability to overlay a cloak of classic timelessness on every piece of music that he touches. While Duran Duran has tapped into the production talent that built their legacy, Spandau Ballet is availing of production talent that has built the legacy of other great artists – including some of their contemporaries in their 80s heyday. Hence, on this dimension, it is not very clear who has the upper hand. 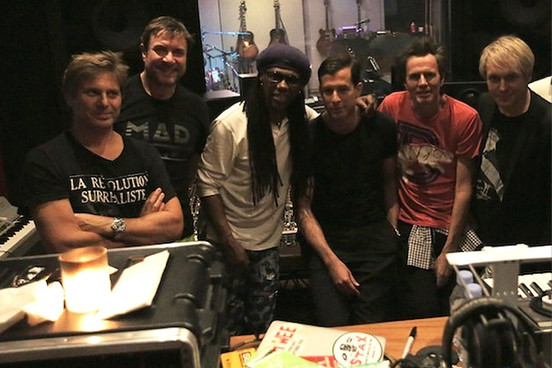 The only chart that the two acts are likely to seriously compete in are the albums charts of countries. While both hands have a knack for crafting delectable radio-ready melodies, terrestrial radio’s (sadly, these folks still “own” the ears of most music listeners) ageist slant makes it virtually for these bands to have a legitimate radio hit with their new material. Both bands should license away one song each to a high-profile television commercial that is featured at prime time if they really want to have a taste of radio success again -especially in the US where both these bands are seen as 80s bands. While that label might be understandable for Spandau Ballet, it makes virtually no sense for Duran Duran – since the band has been releasing albums through the 90s and the 00s all the way up until 2010’s “All you need is now“.  It is unclear how things will play out here. Frankly, it will be great if both bands have #1 albums – something that is more likely if they release their albums at different times of the year.

When people think of MTV’s heyday, not a soul thinks of Spandau Ballet. Duran Duran very quickly bubbles to the top of mind for people when they discuss groundbreaking music videos – especially the Sri Lanka-based “location shoots” for the music videos for singles off the “Rio” album.  The return-on-investment associated with music videos is negative. Hence, the presence that both these bands had on television can no longer be leveraged. It is practically irrelevant as to what the bands look like since MTV does not feature music videos anymore and has instead degenerated into a showcase for mind-numbing reality television shows. That being said, it appears that Duran Duran has not lost their appetitie for indulgence when it comes to music videos as can be seen in their video for “Girl Panic” – the second single off their “All you need is now” album. The music videos features top models of yesteryear – namely Cindy Crawford, Yasmin LeBon, Naomi Campbell, Helena Christenssen, and Eva Herzigova. The video was a nod to Duran Duran’s over-the-top music videos from the early 80s – most notably “Girls on Film”. Either way, since music videos are virtually irrelevant today, odds are, Duran Duran will NOT have the upper hand on Spandau Ballet in the way that they did back in the 80s. Neither act has an advantage on this dimension.

So who do you think will win the battle of “Duran Duran vs Spandau Ballet” in 2015 and why?

In case you did not pick up on this earlier, the blog you are reading is affiliated with Radio Creme Brulee – an online radio station that features an eclectic mix of current pop and rock music from both sides of the Atlantic alongside hits, forgotten gems, and rarities from the last three decades. Alongside newer artists, we also play plenty of newer music by bands that rose to prominence in the 80s and the 90s. Noteworthy examples include Simply Red, Wet Wet Wet, Tears For Fears, Duran Duran, Camouflage, Spandau Ballet, INXS, Depeche Mode, Suede, The Corrs, Jamiroquai,Johnny Hates Jazz, Simple Minds, and Culture Club.