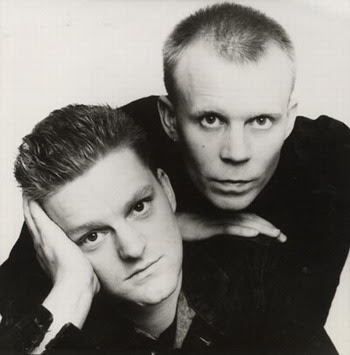 There is something to be said for the tenacity of artists and bands that emerged in the 80s. While many of these bands were defining pieces of the sonic architecture of the 80s, their transition to the 90s was a tough one. Very few made that transition successfully. It was only when the 80s revival began in 1998 that many of these bands were able to return to the limelight but could never match the dizzying heights of their 80s heyday. Yet, somehow, these bands have the drive to churn out more material – despite the rising tide of ageism in the musical mainstream that prevents a lot of their material from being heard by the masses. One such act is synth-pop duo Erasure.

Erasure is a rather interesting case. Propped by Vince Clarke’s incredible songwriting and production ability AND lead singer Andy Bell’s vocal chops, Erasure was a force to be reckoned with. While many consider their musical zenith to be in the 80s, it appears that some of the band’s better and more timeless material started to emerge only post the 80s. The first of this lot included their hit single “Always” in 1994. The song sounds as fresh today as it did back when it released.  The rest of the 90s were not nearly as eventful for the band. 2003’s “Other People’s Songs” started to lead to the resurgence of the band but it was with 2005’s “Nightbird” that Erasure really started to get it right again.  Their albums since “Nightbird” weren’t exactly masterpieces but they almost always yielded at least 2-3 amazingly radio-worthy tracks – which is quite a feat almost 20 years past their commercial prime.

Their last album – the holiday-themed “Snow Globe” (released in 2013) also yielded two great surprises – “Gaudete” and “Make It Wonderful”.  Hence, it is only natural that the anticipation for the follow-up to “Snow Globe” is high. Furthermore, the fact that hit producer Richard X is at the helm of production for the new Erasure album titled “The Violet Flame” (slated for release in September 2014) adds another layer of excitement. This collaboration seems like a natural one that marries two generations musically speaking. We are particularly fond of Richard X’s brilliant production on the “Echoes” album by Will Young as well as his work on some of Saint Etienne’s material.

“Elevation” is the up-tempo lead single from “The Violet Flame”. For those that liked Erasure’s 80s material, this track might be their cup of tea. For others, it might seem tragically generic and dated. The introduction is quite unremarkable and quickly slips into tired electronic beats. Andy Bell’s vocals continue to be top-notch but they are not enough to save the song and its lackluster chorus. The “love gets higher” refrain is also quite dull and repetitive. The track is not a great commercial for the new album. One can only hope that this is not the best the album has to offer. Typically, these days, the lead single is the strongest track on the album. If “Elevation” is indeed the strongest track, this album just might be a colossal letdown. Given the new-found inspiration that the band has found in the last decade, it would be a shame if that trend did not continue on “The Violet Flame”. Here is a full-length clip of the new single “Elevation”.

We are an American internet radio station that broadcasts worldwide. The station features an eclectic mix of current pop and rock music from both sides of the Atlantic alongside hits, forgotten gems, and rarities from the last three decades. We play quite a few post-90s tracks by Erasure on our station.