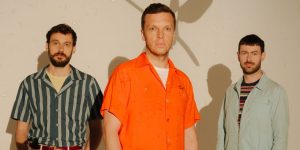 In 2008, Hertfordshire (UK) natives Friendly Fires emerged with a self-titled debut album that brimmed with delectable hooks over carnival-esque beats. They were a breath of fresh air the mainstream did not know it needed. It seemed that both sonically and from a performance aesthetic perspective (characterized by lead singer Ed Macfarlane’s trademark dad-dancing moves), they were difficult to categorize. This inability to bucket the band along with other acts was further amplified when the band expanded their stylistic template with their sophomore offering “Pala”(2011). The album, which infused house elements and glistening synths alongside slinky and funky 80s pop beats, undoubtedly demonstrated progression. It also offered more than a glimmer of promise for the long-term prospects of the band. Instead of capitalizing on the momentum of their upward trajectory, the band slammed the brakes on additional creative endeavors as Friendly Fires. That being said, there was no official announcement of a formal split. This left a lingering hope in the minds of ardent fans of the band. 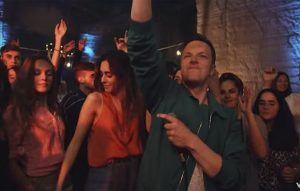 The re-emergence of Friendly Fires was a staggered one. The first signs of a return were in early 2018 when the band reunited for a comeback concert. This was accompanied with the release of the infectious “Love Like Waves” – the first of a few musical appetizers in advance of the new album “Inflorescent”. The single epitomized everything that fans loved about the band with its catchy melody and calypso sun-drenched synths. The question still remained as to whether this was just a one-off new single to play live or whether it was the precursor to something more substantial. The follow-up singles suggested a sonic rejuvenation of the band. Each single indulged different elements of the band’s stylistic palette. “Heaven Let Me In” (produced by electronic music duo Disclosure) is a filter house banger with hooks that could be hummed for weeks at a stretch. “Lack Of Love” (a cover of an old school 80s track by Charles B and Adonis) was an anomaly that instilled a tiny flicker of doubt as to whether or not the band’s creative well had run dry. Fortunately, that doubt was put to rest with the release of “Silhouettes” – a song that many are likely to label as the missing track from “Fantastic” – the debut album of 80s hit duo Wham (featuring the late international superstar George Michael). “Run The Wild Flowers” (the penultimate album pre-release single) does not allow the listener to catch a breath and is also the album’s euphoric closer. It is reminiscent of the band’s debut album. “Can’t wait forever” (the single that debuted on radio a day before the release of the new album “Inflorescent”) is an apt opener for the album both due to its title as well as its streak of continuity from the band’s musical past. Together, these songs could have not raised the levels of anticipation any higher for the release of “Inflorescent”. 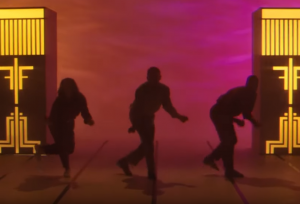 For those wondering whether the best of the album had already been showcased, they are in for a treat. There is more than enough variation in the album for it to get stagnant. In contrast to the uptempo vibe of the first few singles, “Kiss and Rewind” (its sugary sweet melody reminiscent of a mid-tempo 80s R&B jam), “Cry Wolf” and the exhilarating “Sleeptalking” are relatively laid-back affairs with lead singer Ed Macfarlane’s vocals soaring on the first two. While there is no dramatic evolution in their sound since “Pala” (their last album), that sound has more clarity and focus on “Inflorescent”. In a nutshell, it is summer in one record – but succinctly updated. At 11 tracks long, the album feels short and brief, but that is summer isn’t it? Just as we are starting to get used to it, it is gone leaving behind memories and feelings of being in the midst of it. “Almost Midnight”, another standout from the record, definitely drives this point home. It is impossible to remain still while listening to this track with synths popping off at a glaring rate. It would make the perfect sonic backdrop for an old school warehouse party. The mid-August release of this album is also well suited to the album’s summery sound.

In terms of future singles, “Offline” (featuring Friend Within) with its prominent brass section, is the one with the greatest potential (and one that fans of their earlier material will undoubtedly adore) – with “Sleeptalking” and “Kiss and Rewind” being close runners ups.

For many bands, a hiatus as long as 8 years could put a dent in their creative momentum. Fortunately, that does not seem to be the case for Friendly Fires. “Inflorescent” is an invigorating cocktail of style, sophistication, and sexiness. More importantly, it just might be 2019’s album of the year. It places Friendly Fires in a league of their own in the modern musical mainstream. Musically, the trio is moving in the right direction and we cannot wait to see what they churn out next. Hopefully, we do not have to wait for 8 more years!