The peril of the wrong lead single for an album 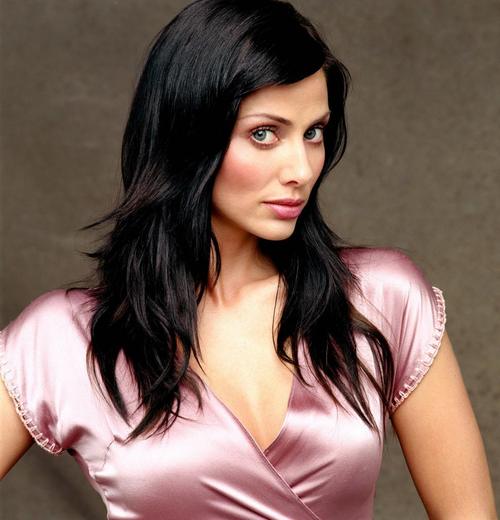 Record labels decide on what the singles off an artist’s album will be – especially the album’s lead single. The lead single plays a very critical role in the ability to “sell” an album. In general, when the lead single is weak, the impression it gives listeners is that there is nothing on the album worth listening to. This could essentially render the album “dead on arrival”. Over the past decade, record label executives have demonstrated an appalling lack of judgment with choosing singles from an album and in effect, have undermined the artistic impact of their “clients”. Each of these decisions has been driven by a desire to “position” artists in a certain manner as opposed to a desire to showcase the artists’ core musical competencies. It would be wrong to make an observation like this without offering some noteworthy examples.

1.Call On Me – Janet Jackson featuring Nelly: This was the lead single off Janet Jackson’s 2007 album “20 Y.O.

“(2004). Janet’s label was desperate to launch her back into the limelight with a strong lead single. Unfortunately, to the record executives, the word “strong” translated to featuring Janet’s collaboration with “flavor of the moment” artist Nelly. The song was “pleasant enough” but was not exactly going to set the charts on fire. Any Janet Jackson fan would have picked up on that immediately. “Daybreak” was the obvious choice as it leveraged the classic, unique, and timeless sound that Janet had honed over the 90s. Yet, the record label chose to capitalize on the “Nelly factor”. The fact that their end-goal was to promote Janet as a solo superstar seemed to be overshadowed by their blind acceptance of the idea that a duet with Nelly would “do the job”. We have a clip of “Call On Me” below:

Sadly, we were unable to find an embeddable video of “Daybreak” by Janet Jackson but THAT is the song you want to check out. Give the song a spin and you will quickly realize that “Call On Me” was a poor choice for Janet’s lead single off “20 YO”.

“. While the rest of the world continued to show interest in her, the US had completely forgotten about her and she adorned the unfortunate tag of being a “one hit wonder”. Her third album “Counting Down The Days

” won considerable public and critical acclaim in the UK. Yet, her “Greatest Hits

” collection completely fell off the radar and the new singles off that collection went relatively unnoticed. 2009 was supposed to be her big year – the one that reminded both fans and casual music listeners that she was indeed back.

” was the album that was to launch Ms Imbruglia back into the limelight. The album’s conception comprised the work of a stellar ensemble of musical talent that included hit-producers Brian Eno and Ben Hillier and songwriting input from Coldplay frontman Chris Martin. There was no way Ms Imbruglia could NOT come out on top. Yet, her record label picked a track that positioned her in the same sphere as her contemporary Kylie Minogue. The track, “Want” has a pulsating beat and deviates heavily from the acoustic pop/rock signature sound that Natalie has nurtured over the years. Yet, it suffers from a mind-numbingly repetitive refrain and lasts almost till the end of the song. Once again, an obvious first choice of single, “Lukas” was shelved for “Want”. “Lukas” has been penned by Chris Martin and sounds like something on a Coldplay album. Giving this song away to Natalie Imbruglia is by far one of the most significant acts of  generosity and yet this gift was not capitalized on. The track is a winner on all fronts and yet, better sense did not prevail when it was discarded in favor of “Want”. This miscalculated move may just have prematurely ended the marketing campaign for Natalie Imbruglia’s “Come To Life

” album even before it began. We have a clip of “Want” below. The clip is an audio clip. Check out the music video on youtube. Natalie Imbruglia is insanely gorgeous in the video. Unfortunately, Ms Imbruglia’s gorgeousness does not hide the monotony of the song.

And here is the amazing “Lukas“!

Isn’t there a clear winner here between the two singles?

3. Kajagoogoo – “Rocket Boy”: In 2005, the members of new wave band Kajagoogoo (famous for their 80s hit “Too Shy”) were reunited by VH1 on the VH1 television show “Bands Reunited”. Their performance at the Scala Theatre in London was all the evidence that was needed for fans and the mainstream media to realize that Kajagoogoo were a bunch of accomplished musicians and had what it took to get a crowd going with their music. Unfortunately, it seemed like the newly established camaraderie between the band members was starting to dissipate soon after it had been created and the first Kajagoogoo album in years ended up only featuring three of the original band members – bass player Nick Beggs, guitarist Steve Askey, and keyboardist Stuart Neale.  That album was “Gone To The Moon”. It marked Kajagoogoo’s foray into a “modern” new-wave approach to their music yielding some very substantial results. Unfortunately, their album’s lead singe “Rocket Boy” is not an accurate reflection of their successful transition to the new millenium. It was imperative for the band to release a killer single to prove that they were back and better than ever – and the song that would have done exactly that for Kajagoogo was “The Last Day”. It is a modern electronic rock track featuring Nick Beggs on vocals and cloaked in lush and ambient soundscapes. Rarely has ambient music been used so creatively in rock music. Sadly, the average listeners did not get to hear this. Here is a clip of “Rocket Boy” by Kajagoogoo.

And here is Kajagoogoo’s lost opportunity “The Last Day“.

Do we have a point or not?

4. Duran Duran – “All You Need Is Now”: In this era of instant gratification with regard to music, it becomes very imperative to get your ENTIRE song right and not just parts of it. The song cannot afford to have any “lulls” – especially if the aim of the band is to get their song on to the radio. Listeners are inherently skeptical of anything that is new and simply do not have the patience to wade through underwhelming verses in anticipation of fantastic choruses. They will tune out. That being said, they are probably more likely to be forgiving if their first impression of new material has been positive and has been created by singles that dealt a strong punch through the entire length of a song. New wave maestros Duran Duran should have considered that when they picked the title track of their 2010 album “All You Need is Now” to be the album’s lead single. The chorus of that song leaves you longing for more but the verses are not easy on the ears. Furthermore, the song comes across as two dissimilar songs stitched together – one song containing the verses and the other containing the chorus. Many Duran Duran fans (me included) heard the chorus in advance of the song’s release and could barely contain our excitement – only to be disappointed with the verses when the song was given its official release. After having heard the rest of the album, it became fairly obvious that the uptempo “Girl Panic” should have been the band’s choice of a lead single. Big synths, big choruses, and the trademark sound that Duran Duran had first created for themselves when they first became international megastars in the early 80s. “Girl Panic” was every bit the bridge between the Duran Duran of 1982 and the Duran Duran of today. Unfortunately, “All You Need Is Now” did not win anyone besides the hardcore Duranies and that might have undermined Duran Duran’s ability to cross over to the non-fans or the skeptics. Interestingly enough, Duran Duran did release “Girl Panic” as a single almost a year after the album was released and had an accompanying music video featuring supermodels such as Naomi Campbell, Cindy Crawford, and Yasmin LeBon. Quite a bold move at a time when the relevance of a music video has become questionable at best – but true to the tradition that earned Duran Duran their place in the history of music video and pop culture. It almost seems like Duran Duran implemented their sequence of events in reverse order. Here is a clip of “All You Need Is Now”.

And here is the amazing “Girl Panic“!

It looks like picking wrong lead singles was not just a phenomenon of the past decade. There were the occasional instances of this happening even in the some of the more glorious decades for pop/rock music. Here is one rather unusual example.

Dead Or Alive – “Brand New Lover”: 80s glam-pop band Dead Or Alive rose to prominence with their hit single ‘You Spin Me Right Round”. This song was the lead single of the band’s album “Youthquake”. It propelled the band towards global success giving them a cult following in Japan. The band’s music had an infectious sound that made the dancefloor irresistible to just about anyone and everyone. The androgynous lead singer Pete Burns was a force to be reckoned with. It seemed like the magic of “Youthquake” would repeat itself with the band’s third album “Mad, Bad, and Dangerous To Know”. Like its predecessor, this album was produced by the hit-making production team of Stock, Aitken, and Waterman (popularly referred to as SAW). Unfortunately, the band picked “Brand New Lover” to the album’s lead single. While the song itself is good, it sounds like a complete rehash of “You Spin Me Right Round”. While the song did chart in the US top 20 (mostly on the strength of the momentum generated by the “Youthquake” album), it marked Dead Or Alive’s last presence on the American charts. To anyone that has listened to the album “Mad, Bad, and Dangerous To Know”, it would become obvious fairly quickly that the song that should have been the lead single was “Then There Was You”. The song sounds very different from the band’s signature hit “You Spin Me Right Round” and goes as far as making that song sound lame in comparison. The synthesizers, the heavy drum beat, and the hypnotic voice of Pete Burns come together in a pool of musical brilliance which should have sent Dead Or Alive back up the charts to the #1 spot in several countries. Not releasing “Then There Was You” as a lead single (or a single at all) was an unfortunate oversight. Here is the video clip for “Brand New Lover”

And here is an audio clip of  “Then There Was You“.

Are there any other bad choices of lead singles that you are aware of? If so, please feel free to share those with us via our comments section below. Meanwhile, if you want to discover more singles that “could have been”, give our online radios station a spin by clicking on the button below.