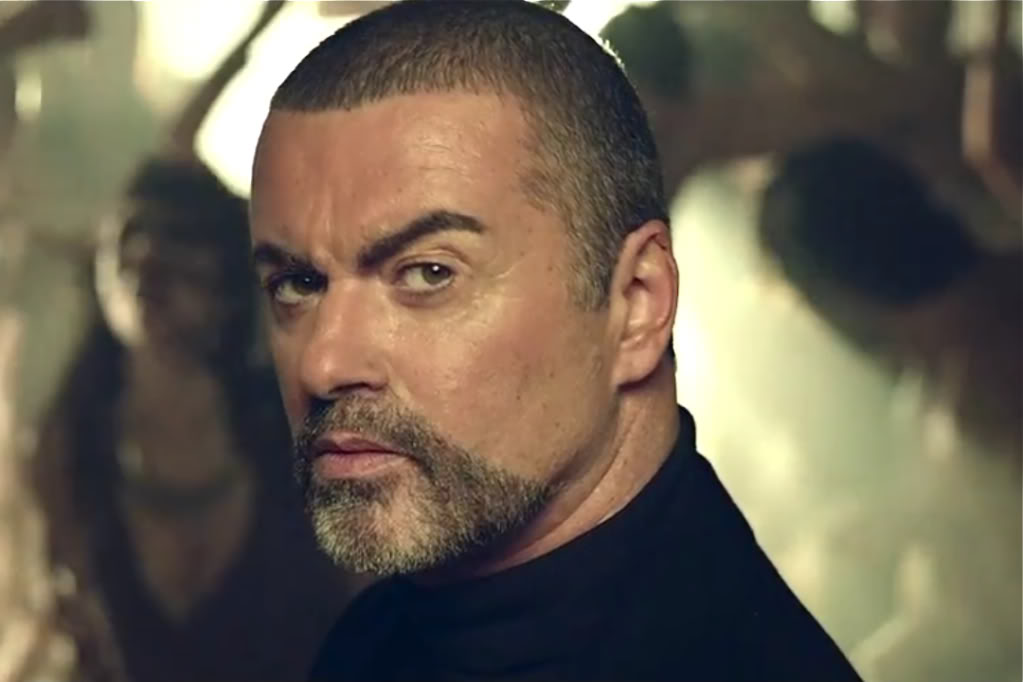 Throughout most of his 30-year career, international superstar George Michael has managed to have a hold on his international fanbase through his two primary avatars – the “seminal popstar” and the “soulboy”. In recent years, the “soulboy” avatar has eclipsed that of the “seminal popstar” as George Michael has sporadically released one ballad after another since “Patience” (2004) – his last full-length studio album of original material. The commercial response to those downtempo endeavors has been mixed. His two brilliant covers  – “For the Love of you” (originally performed by the Isley Brothers) and “Edith and The Kingpin” (originally performed by Joni Mitchell) went under the radar thanks to a “limited digital release” approach which made it virtually impossible for these songs to be purchased legally outside of Europe. “December Song” (George Michael’s first Christmas song since the timeless “Last Christmas” with Wham) charted in the UK top 20 singles charts after a stellar performance of the song by George Michael on the British television show “The X Factor”. “Understand” is the best of the lot but it was not released as a single and that oversight definitely relegated the song to “George Michael fan secret” status. “True Faith” (a cover of the New Order 80s hit) was a failure both commercially and artistically  – mostly because of George Michael’s ill-conceived decision to mask his actual voice with a vocoder for the entire vocal section of the song. George Michael may have also fallen short on the production of his newer (post 1998) uptempo tracks thus leading to tracks that could have been career-defining as opposed to just “great songs”. Noteworthy examples include “An Easier Affair” ( with its dodgy and lackluster intro), “Precious Box”(the song was two whole minutes longer than it needed to be), and “Amazing”(putting on a husky voice as opposed to showcasing the inherent smoothness of his vocals which would have suited the song better). Despite his timeless body of work, one cannot help but notice some of his artistic misfires over the past decade. Hence, there is undoubtedly an inkling of skepticism hidden within the excitement that both his casual and ardent fans feel as George Michael ventures back into “pop star” territory with his new single “White Light”. Fortunately, “White Light” provides a chance for that cloud of skepticism to dissipate fairly quickly.

The song opens like a typical electronic pop track with a dance beat reminiscent of (but heavier than) “Precious Box” (a track off the “Patience” album). But unlike in “Precious Box”, the production does NOT overpower George Michael’s vocals. George Michael’s vocals still reign on this track. Most pop stars tend to have pretty inane lyrics in their uptempo tracks and reserve profoundness and lyrical competence for their downtempo tracks. George Michael deviates from this norm substantially and indulges his introspective genius on “White Light” by singing about his fight for his life as he battled pneumonia in an intensive care unit in Vienna halfway through his Symphonica tour – an undoubtedly perspective-changing experience for the superstar.  The words in the verses seems to capture an emotion that brims with gratitude and a feeling of being rescued by divine intervention. The tune in the verses does not stick and it takes unpredictable twists and turns that lead to the catchy chorus in which George Michael sings over a “vocoded” background vocal with the repetitive refrain “I’m alive, I’m alive!”

“There’s no white light I’m not through,
I’m Alive!
And I’ve got so much more than I want to do,
I’m Alive!
“Was it science that saved me,
or the way that you prayed for me?
Either way, I thank you, I’m alive.”

The chorus then takes another twist in which string arrangements (reminiscent of the style of hit dance single “Back To Basics” by The Shapeshifters) dominate the production in true “quintessially George Michael classy” style as George continues with the following lines:

Three distinct observations surface almost instantly. First, George Michael still has not gotten over his love for vocoders. Fortunately, he uses them sparingly on this track in a way that they actually add to the track as opposed to detracting from the track. Second, George Michael does not sound like a 49-year old man. In fact, his voice still brims with the youthfulness of the 19-year old boy that debuted “Wham Rap” on radio exactly 30 years ago. Last, despite the lyrical content of the song, it is aching to be played in a night club.

“White Light” undoubtedly marks a reinvention of sorts for George Michael and sees him making a foray into an electronic production style (which we saw traces of on his “Patience” album). This move might have a divisive effect on George’s fanbase. While some might see ‘White Light” as a healthy and necessary reinvention, others might view the song as being stripped of a production style that could only belong to George Michael.

Last but not least, ‘White Light” marks 30 years of George Michael being an international radio star. In a business wherein musical careers are short-lived and the idea of stardom and celebrity is ephemeral at best, George Michael has risen against all odds to become one of the most successful male pop stars of the last hundred years and for that I applaud him. If “White Light” is representative of the new album George Michael is planning to release in the Autumn, both casual and ardent fans have a lot to look forward to.

You can also check out a full-length clip of George Michael’s “White Light” below.