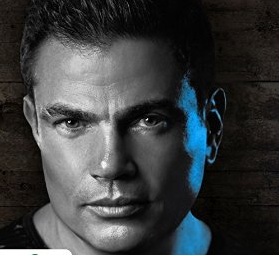 Over the last three decades, Amr Diab has emerged as an international pop music brand that is bigger than the artist. The brand encompasses a voice that melts hearts, a classically handsome man that shows no visible signs of aging despite being in his early 50s, a sonic template underscored by a seamless and euphoric fusion of Arabic and Spanish flavors, a team of the finest Middle Eastern songwriters and producers, and high-budget music videos adorned by stunning models, exotic locations, and well-choreographed dance sequences. Isn’t that a winning pop music formula? The idea of a formula is boring but the one followed by Amr Diab has far from run its course. His loyal fanbase’s appetite for it is insatiable. The team behind Amr Diab employs this formula almost every year with the aim of striking gold – which for the most part, is a successful endeavor.

The Amr Diab formula started to lose steam on his 2011 album “Banadeek Talaa” but he managed to regain some of that lost momentum on his 2013 album “El Leila“. “Shoft El Ayam” builds on the upward trajectory of “El Leila“. It doesn’t necessarily hit its goal of perfection but has its fair share of shining moments.

In recent years, Diab has struggled with uptempo tracks in that they are very epheremal in their appeal and do not become essentials in his stellar legacy. He regained some of that spark on songs like “El Leila” and “La Yestaheel” (an unreleased track in the US) but does not recreate the magic on any of the uptempos on this album. It is not clear as to why Diab picks some of the most unremarkable tracks as album title tracks. “Shoft El Ayam” suffers from the same issue as some of his other recent album title tracks – tired beats, and generic melodies combined with a rather forced attempt at sounding current. The album’s lead single “Gamalo” can be considered the sonic twin of Diab’s signature hit “Nour El Ain“. It benefits from its strong Gipsy Kings vibe and foot-tapping beat. It is not as instant as some of the career-defining uptempo tracks by Diab but it is a potential grower. “We Neesh” and “Jana” are pleasant enough but do not stand out in any meaningful way despite the delectable Spanish guitar solo on “Jana“.

Fortunately, Amr Diab shines on the ballads that are bound to become essential expansions of his legacy as a heartwrenching balladeer. “We Hatebtady” is a mid-tempo ballad which flits back and forth from a traditional Middle Eastern to a more western sound which is amplified by the song’s intensely sexy electric guitar solo. “Ana Mosh Anani” also leverages from a wailing electric guitar solo on its intro and in select sections of the song. The sweeping vocal harmonies on the chorus induce goose-bumps. The lyricless out-tro by Diab is mesmerizing and showcases his competence as a vocalist. “Aiwa Etghaiart” is the album’s highlight and most sublime moment. A modern romantic classic in every sense and without a doubt the “best love song of 2014”. The acoustic guitar solos in the song’s introduction and the Middle 8 are beautiful. Vocal harmonies are put to good use yet again on the song’s achingly beautiful chorus. The hint of lush string arrangements make the song sonically ornate without dominating it. The down-tempo and atmospheric vibe of “Saet El Forak” rests almost entirely on the power of Diab’s hypnotic vocals. It is yet another beautiful moment on the album.

In a nutshell, the album’s core appeal stems from its astonishingly beautiful ballads – which is not a bad thing – especially at a time when old-fashioned ballads have become musical relics of bygone eras. Diab seems at ease with himself on this album and does not seem to be trying too hard – which works very well on “Shoft El Ayam“. While he does not necessarily meet the high standards of perfection he aspires for, he surely gives fans what they have been waiting for – and proves yet again that he is one of the most reliable bets in the global music business. His music adds to the soundtrack of the romantic escapism that many of us are ashamed to thrive on. One can only hope that Mr Diab adds more chapters to this soundtrack for many more years to come.

We are an American internet radio station that broadcasts worldwide. The station features an eclectic mix of current pop and rock music from both sides of the Atlantic alongside hits, forgotten gems, and rarities from the last three decades. The music of Amr Diab is a regular staple on Radio Creme Brulee. Currently, “Aiwa Etghaiart” is getting 5 plays a day on our station.