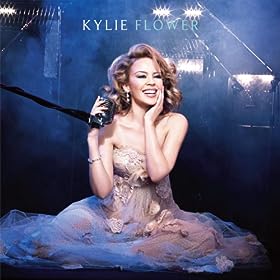 One of the greatest advantages of creating a large body of musical work over time is the option to revisit that musical legacy with a fresh perspective. Many artists do this in their concert tours by performing “new interpretations” of their older songs. Some artists record entire albums devoted to reworked versions of older songs from their back-catalog. Noteworthy examples include Spandau Ballet with their 2009 album “Once More” and Erasure with “Union Street”. Aussie Pop Princess Kylie Minogue has jumped on this bandwagon (I do not mean this to sound as a criticism of any sort) with her “soon to be released” album titled “The Abbey Road Sessions”. The album will feature reworked and orchestral versions of songs that she has released during a career that has spanned over two decades. While I completely support artists making albums such as these, the prospect of new material by them is always more exciting. That lies at the heart of my decision to review the lead single (and the only new track) off the new Kylie Minogue album.

“Flower” (the new single) is unlike any Kylie Minogue single we have all heard in a while. Its sound is very much in the vein of the rest of the material on “Abbey Road Sessions”. Kylie Minogue has described the song as an ode to the child she “may or may not have”. Lyrically, this is quite a departure for the pop princess.

Distant child, My Flower
Are you blowing in the breeze?
Can you feel me? As I breathe life into you
In a while my flower, somewhere in a desert haze
I know one day, you’ll amaze me

Thematically, most of her songs (and least since her major resurgence in 2000 with her hit album “Light Years”) have revolved around the indulgences and “frivolousness of youth”. Hence, it might surprise many to hear Kylie singing from the perspective of someone that cares for a child. It makes the song as well as her more interesting and will undoubtedly expose fans to a facet of hers that they rarely ever see or hear.

It has also been years since Kylie has released a down-tempo single. The positive aspect of this is that she finally showcases her vocal abilities. I have always believed that Kylie is a pretty good vocalist but she rarely ever feels the need to showcase that on some of her more popular uptempo songs. Instead, she tries to vocally emulate the “young sex kitten” female popstars – which is quite a shame. On songs such as “Promises” (taken from her “Body Language” album), her vocals are pretty cringe-worthy – which is a shame since is “Promises” is a melodic gem of a track. Fortunately, on “Flower”, Kylie embraces her largely hidden asset and showcases the vocalist in her.

Great vocals, a pretty piano introduction, an orchestral sound, and wonderful lyrics – we have them all on “Flower”. Yet, I cannot help but think that the song falls flat in terms of serving as an effective lead single to promote the new album. Melodically, the song goes nowhere and as a result, the tune is not memorable even after multiple listens. This is unfortunate since Kylie has proved in the past that she can shine on down-tempo tracks – especially “Dangerous Game” and “Put yourself in my place”.

In a nutshell, “Flower” works as an “album” track but will not do much in terms of creating buzz outside Kylie’s ardent fanbase for the new album (slated for release at the end of October). Fortunately, for those who were underwhelmed by this track, there is a new Kylie album on its way. It will see the light of day in 2013. Hence, Kylie fans have something to look forward to – especially if the album ends up being the musical sequel to her fantastic 2010 album “Aphrodite”.

Last, but not least, here is the full-length music video of Kylie Minogue’s “Flower”:

RADIO ALERT: We might be one of the few American radio stations that plays Kylie Minogue’s music regularly. We are definitely the ONLY radio station in the world that plays her rare gems (b-sides, covers, album tracks). Listen to our station from ANY part of the world via the button below.