“No one listens to terrestrial radio – radio is dead! Spotify and Apple Music have rendered terrestrial radio stations in America irrelevant”. I have heard several variations of this comment during discussions about the current music pop/rock music scene. I think it is safe to say that we all suffer from a syndrome wherein if we do not do something, we assume (incorrectly) that the world at large mirrors our preferences and does not do that same thing. We use the words “no one” rather generously. There is a common misconception that terrestrial radio in America does not wield almost absolute power in shaping popular opinion when it comes to pop/rock music. Yet, the reality paints quite a different picture.

To understand the pervasiveness of terrestrial radio today, it is critical to understand its historical role in shaping our musical preferences. The symbiotic relationship between art and its patrons dates back centuries. Artist and sculptor Michaelangelo Buonarotti’s relationship with and patronage from the Medicis of Florence has been fairly well documented. In the realm of pop/rock music in the pre-digital era, terrestrial radio airplay has been a pre-requisite for popularity of a song or of an artist/band. On the flip side, a lack of exposure on terrestrial radio relegates an artist or band to relative obscurity wherein the music act’s best-case scenario is a non-scalable niche audience. In the 80s and 90s, terrestrial radio shared this immense power with MTV. Unfortunately, the dilution of MTV’s 24-hour music video format with reality television almost coincided with the passing of the Telecommunications Deregulation Act – a piece of legislation in the US that allowed conglomerates to buy as many radio stations as they could afford to. This led to a concentration of ownership of radio stations. 80% of US radio stations were owned by 4 companies by the mid-90s. Furthermore, radio DJs were stripped of their playlist programming functions. Instead, they were provided with predefined playlists compiled by a central “authority”. Identical playlists were handed down to all stations of a specific music genre owned by a single company. This was done in a rather non-transparent manner. Historically, the value addition of DJs to the radio ecosystem has been their discerning tastes and their ability to challenge the status quo by breaking the mold and widening the notion of the word mainstream by introducing new music acts to the masses. Since the mid-90s, their value add had been replaced by “market-research driven” playlists. This problem was further exacerbated by a widespread illegal practice referred to as “Payola”. “Payola” involves radio companies being paid by record labels to play specific songs. While being paid to play songs, in itself, is not illegal, indulging in this type of arrangement without explicitly disclosing it lies comfortably outside the boundaries of legality.

Bankrolling airplay also meant that record labels were forced to focus on a smaller section of artists on their artist roster. As a result, the fraction of released music (specifically, music released since the mid-90s) that made it to the radio fell dramatically by the late 90s. All of this was done in a rather non-transparent manner and the average music radio listener was blissfully unaware of the scale of terrestrial radio’s thinly-veiled deceit. The word mainstream as it applied to pop/rock music had narrowed substantially in terms of its scope. In fact, some American acts focused their promotional efforts overseas because of this reality. A noteworthy example is the Backstreet Boys. They were selling out arenas across Europe at a time when in the US, their albums could only be found in the “import” section of music stores. The US was the last major market they conquered despite being an American band. In a nutshell, the fraction of commercially released music considered “mainstream” relative to that of earlier decades had shrunk by the early 2000s in the US.

While artists/bands with aspirations of US success undoubtedly bore the brunt of his reality, there was another category of people that felt handcuffed by this dynamic – independent curators of music that include nightclub DJs, wedding party DJs, and internet radio DJs like us at Radio Crème Brulee.

The Billboard top 40 singles chart is largely driven by songs with significant terrestrial radio airplay – even today. More importantly, the charts reflect a greater propensity towards familiarity (defined largely by terrestrial radio) as opposed to discovery through platforms such as Spotify, Apple Music, and Pandora. What this effectively means is that featuring songs considered obscure by the masses can be risky for any pop/rock music curator that is trying to keep his or her audience engaged. For internet radio DJs like us at Radio Crème Brulee, the worst that can happen when we feature a song that is considered OUTSIDE of the mainstream (relative to the opinions of our US listeners) is that a listener will tune out of our global 24/7 online radio broadcast. While this is far from ideal, it does not come close to the embarrassment and humiliation that a nightclub DJ or wedding DJ experiences when the inclusion of an obscure track in a playlist leads to an exodus from the dancefloor. 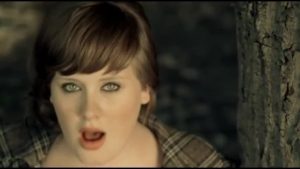 This is a rather unfortunate and limiting reality for a music curator or DJ whose role as a tastemaker is heavily undermined by a conglomerate-driven oligopoly whose musical selections are based on “market research” as opposed to a gut instinct and discerning tastes. Furthermore, an over-emphasis on familiar versus credible (and we get how this word can be rather subjective) makes it difficult for independent curators that might have an instinct for what is likely to get popular in the foreseeable future. For instance, we were playing the music of Adele over a year and half before she achieved mainstream popularity in the US. We introduced her to listeners on our 24/7 global online radio broadcast with her UK hit single “Chasing Pavements”. For friends of mine that do not typically tune in to our station, they asked who “Adeeeel” (a reference to the way her name is spelled) was and considered her not mainstream enough for them until she was deemed credible by Saturday Night Live and terrestrial radio airplay. It does not seem to matter one bit to these skeptics (many of whom are close friends of mine) that we were playing the music of artists such as Adele and Dua Lipa a whole year before they had broken the US market. It did not earn us even an iota of credibility in the eyes of a skeptic or casual music listener. A song was mainstream and worthy of listening if and only if terrestrial radio airplay had offered its stamp of validation via repetitive airplay on their stations across the country.

This brings us to the pertinent question – how does one end or neutralize this broken dynamic? More importantly, what group of music curators is best positioned to lead the way on counteracting the choke-hold that terrestrial radio has on public opinion as it applies to pop/rock music? 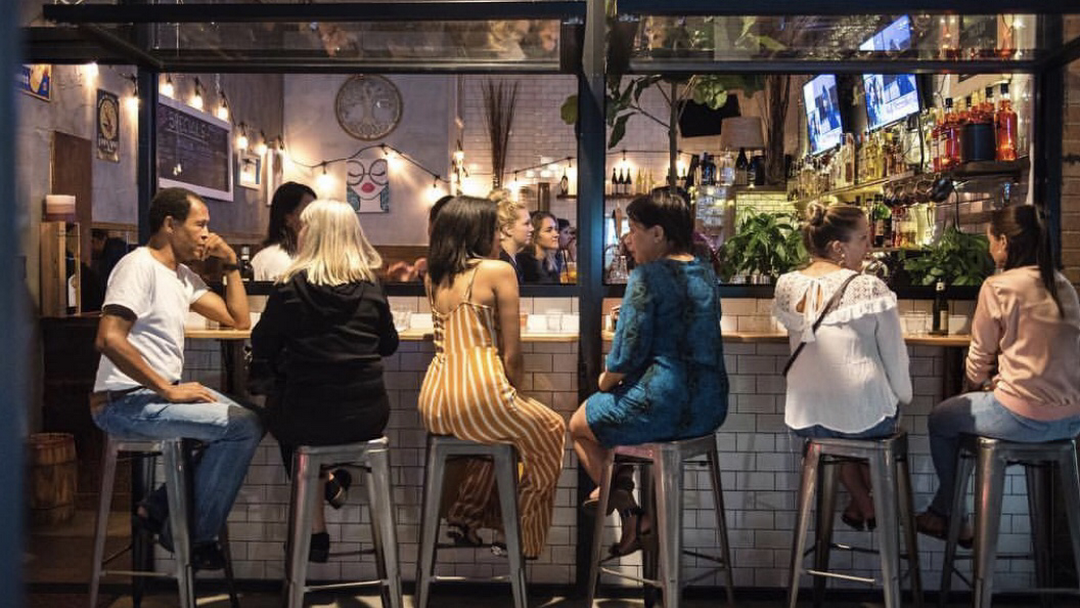 I personally believe that restaurant or bar DJs are uniquely positioned to become curators of consequence when it comes to the ability to shape public opinion for music. More often than not, patrons of a restaurant or bar are there for the food, or alcohol. Odds are, calculated risks with the music playlists at these places are unlikely to alienate patrons. More importantly, observations of guests pointing their smartphones towards the speaker to “Shazam” (i.e. identifying the song and artist via the Shazam app) songs serve as a validation of restaurants DJs’ endeavors aimed at breaking the shackles that terrestrial radio has imposed on independent curators by defining the musical realm of the word “mainstream” (i.e. universally familiar). If and when there is a critical mass of restaurant and bar DJs that curate their own playlists without being encumbered by whether or not the music is mainstream, this could dilute the power of terrestrial radio and extricate independent curators from the treacherous and restrictive web of terrestrial radio. The identity of a bar and restaurant is also defined by its atmosphere – of which the background music is a key ingredient. Hence, it also makes business sense for restaurant and bar owners to go down this path of curating their own playlists with an almost reckless abandon (we’re joking – calculated risks are better!). That being said, bar and restaurant owners that do curate their own playlists have a fear of alienating customers. I had the opportunity to engage in a conversation with Valerio Fuccilo, owner and manager of Botte Bar – a trendy Italian bar in the predominantly Greek/Slavic neighborhood of Astoria (Queens – New York). Valerio mentioned that it took him at least a couple of months after opening Botte Bar before he slowly started to test the waters with music that reflected his quintessentially European sonic sensitivities. Like any other music curator in a public venue, Valerio felt a non-trivial level of apprehension around deviating from the norm in his musical selection. Today, his music selection at Botte Bar is an invigorating cocktail of commercially viable Indie-alternative music from today and New Wave music from the 80s. According to Valerio, patrons pointing their smartphones at the speakers to figure out what song is playing is a rather common occurrence. As the playlist manager of Radio Crème Brulee, I have no qualms in admitting that a bunch of songs that I feature on our playlists were discovered by me at Botte Bar with the help of my smartphone’s Shazam app (Thanks Valerio!).

In his book “Modern Romance”, comedian Aziz Ansari highlights a widespread syndrome that he refers to as “Acquired Likability through repetition” in connection with a typical song by Cuban rapper Pitbull. Terrestrial radio’s modus operandi of playing a limited handful of songs on excessive repetition is how they breed likability through familiarity. This is directly at odds with diversity – one of the fundamental tenets of responsible media. A small class of independent curators has the ability to challenge this status quo. Will they rise to the challenge? Bar owners such as Valerio from Botte Bar already have. Will others follow suit? I most certainly hope so. If you know of other bars or restaurants that embody this spirit, please feel free to share via the comments section below.

We are an American internet radio station that broadcasts worldwide. The station features an eclectic mix of current pop and rock music from both sides of the Atlantic alongside hits, forgotten gems, and rarities from the last four decades.