2011 may not have been the greatest year for pop/rock music but 2012 is guaranteed to compensate for a lackluster 2011. Some of the world’s top veteran acts are slated to release new albums in the coming year. All these artists/bands have created an artistic legacy that has endured and will continue to endure in the years to come. They have all been the poster-children for high-quality pop/rock. Here they are: 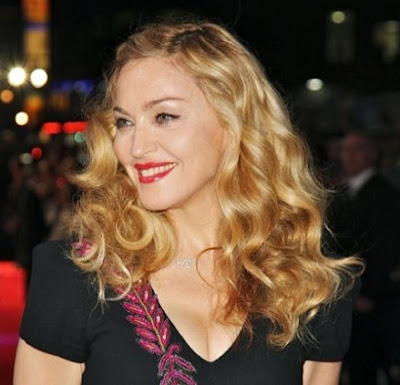 The undisputed “Queen Of Pop” is scheduled to make a massive return to the limelight in 2012. She will also perform during the half-time show at the Superbowl. New songs by her have already leaked on the web. Our personal favorite from the new bunch of songs is “Masterpiece”. The song is a throwback to Madonna’s early 90s sound. That was an era of Madonna that was criminally underrated but artistically brilliant. With Madonna collaborating with William Orbit as the producer, some are touting her new work as the sequel to the 1998 hit album “Ray Of Light”. This new album also marks Madonna’s first piece of work with her new record label Universal Music. Universal Music has signed Madonna to a three-album record deal. Clearly, the label has immense faith in Madonna’s ability to churn out great work till she is 60 and make it worth their while. I hope Madonna does exactly that. While pop music is about being young, age simply does not matter when Madonna is involved. Why should it? Madonna still looks incredibly gorgeous. She still dances up a storm. Most importantly, her songwriting ability is still as sharp as it used to be.

The last few years have been very eventful for the roguishly charming Robbie Williams. He created his career masterpiece (the album “Reality Killed The Video Star”) with producer Trevor Horn in 2009. He reunited with his former bandmates from Take That for the album “Progress” and a fantastic stadium tour. He also married his longtime girlfriend Ayda Field. He is now ready to remind us all of why he has such a huge global fanbase. Robbie has recently signed a new record deal with Universal Music. Hopefully, the record label uses better judgment in picking singles off the new album than EMI (Robbie’s former label) did with “Reality Killed The Video Star”. It is still not clear as to who will produce the album. We sure hope Trevor Horn holds the production reins to Robbie’s new material since he really does bring out the best in Robbie. We are definitely waiting with baited breath for Robbie Williams’ new album. It cannot arrive soon enough.

At Radio Creme Brulee, we are absolutely unapologetic about our undying love for Mr. Golden tonsils (i.e. George Michael). George Michael’s career is one that upcoming artists can only dream of. He has enthralled the world for almost three decades through his different musical avatars (dancefloor killer, cocktail lounge crooner, bland soulboy, and seminal pop star). The appeal of his music is timeless. His vocal ability is matched by very few in the music business. He is Britain’s official “King Of Pop”. Until recently, George Michael has been working on new material for a dance album slated for release in 2012. George has also expressed a desire to work with “gay friendly” artists on this new album. It is unclear as to where George Michael is with his recovery from his recent battle with pneumonia. This battle forced him to cancel the remaining portion of his critically acclaimed Symphonica Tour (which saw him performing with orchestras in the various cities in Europe). Hopefully, George Michael can recover soon enough to record the album and release it before the end of 2012. We are very optimistic of this actually happening. So far, the remix of one new track titled “Every other lover in the world” has surfaced. It is obvious that the single version of this song might sound dramatically different from its remix. Needless to say, the vocals sound promising and fortunately, George Michael seems to be giving his recent and misguided obsession with the vocoder a rest. For those of you that have not heard the remix of “Every other lover in the world”, here it is:

Songs such as “Shattered Dreams”, “Turn back the clock”, and “I don’t want to be a hero” were part of the glorious soundtrack for the youth of the late 80s. The songs were part of an album that embodied musical perfection at a level that pop artists these days do not even aspire for. These songs made Johnny Hates Jazz a global sensation. Their look, their melodies, and their lush harmonies were too difficult to resist. Johnny Hates Jazz was a story that ended too soon. Fortunately, lead singer Clark Datchler reunited with former bandmate Mike Nocito to resurrect Johnny Hates Jazz in 2010 and the two of them are now putting together the finishing touches for a new album slated for release in early 2012. We have heard snippets of new songs such as “Magnetized”, “Eternal”, and “Ghost of love”. Not only are these songs amazing but they also serve as a reminder as to what the necessary ingredients used to be for a great pop song. Based on what we have heard so far, it appears that years apart have not undermined the duo’s ability to recreate the Johnny Hates Jazz magic all over again. Johnny Hates Jazz will undoubtedly be big comeback act of 2012. If what we have said so far has not driven up your anticipation levels, our interview with Johnny Hates Jazz surely will. Here it is:

The music scene is bound to get infinitely more interesting when an unlikely chapter of a rock story is being written. That chapter is for the story of rock gods Van Halen. Original frontman David Lee Roth has stepped back into the shoes of lead singer. The album (the first that the band has recorded with Roth in twenty six years) has been recorded and is scheduled to be released in February of 2012. Can the band create the same euphoria they did with songs like “Jump”? We sure hope so. Fortunately, we have to wait less than five weeks to find out. Maybe Rock and Roll ain’t dead after all!

Keane is hands down the greatest rock band to have emerged in this past decade. Their breed of piano-driven rock with soaring choruses, well-crafted melodies and harmonies by musical genius Tim-Rice Oxley propped up by the powerful vocals of Tom Chaplin brings a smile to the face while sometimes bringing a tear to the eye. Keane has undoubtedly emerged as one of the most reliable bets in the music industry. They released the first great album (“Hopes and Fears”) of the 2000s at a time when the relevance of an album as a cohesive body of songs that fit well alongside each other was starting to diminish. Their sophomore album “Under the iron sea” found the band exploring darker themes but the Keane sound remained intact. The third album “Perfect Symmetry” saw Keane experimenting with a more “pop” sound which did not work as well as the band had intended but Keane definitely perfected that “pop” transition on their 8-track EP “Night Train” (released in the summer of 2010). The EP yielded the poptastic “Your Love” (featuring Tim Rice-Oxley on vocals) and the brilliant “Clear Skies”. Keane has already given us a sneak preview of their album due for release in 2012. The sneak preview has manifested itself in the form of two songs – ‘Disconnected” and “Sovereign Light Cafe”. Both these songs are strong indications that Keane’s best work is yet to come. It might even be on the new album which hopefully will surface by the summer of 2012. For those of you who have not heard “Disconnected”, here it is:

Last, but not least, Indie Dance act Saint Etienne, fronted by the incredibly attractive Sarah Cracknell, has announced the release of their new single in 2012 titled “I’ve Got Your Music”. The song sounds a lot like their last single “Method Of Modern Love” – and that is most definitely a good thing. The new single and album “Words And Music” is being released under the Universal Music imprint – which essentially means it will get the mainstream promotion it absolutely deserves.

So if you were not excited about 2012, this post should be a good reason for you to be incredibly ecstatic about what lies ahead in the world of music. Is there anyone we are overlooking? If so, please do let us know. That being said, I want to take this occasion to wish all you listeners and blog readers a VERY HAPPY NEW YEAR!!! Thank you for your support over the years. It has meant the world to us.

NOTE: If you have NOT yet checked out our 24/7 internet radio station (can be listened to from any part of the world), launch our online radio player and enjoy the world’s most eclectic assortment of current pop/rock music from both sides of the Atlantic alongside guilty pleasures, forgotten tracks, and radio hits from the last three decades! What are you waiting for? LISTEN NOW!!!