It does not seem that long ago that I found myself putting together Radio Creme Brulee’s “Top 10 Singles of 2011”. This year was supposed to be a big one with veteran artists such as Madonna, Aerosmith, Robbie Williams, and Van Halen returning with new albums. Some of these veteran acts delivered on expectations while others offered crushing disappointments.

I have mixed feelings as I put together this year’s “Top 10 singles” list (driven by the votes of our annual listener poll). The reason for the mixed feelings is that some of the year’s best songs were NOT released as official singles. Noteworthy examples include “The Distance” by Poets Of The Fall (undoubtedly the best song of 2012) and “Nineteen Again” by Ronan Keating. That being said, I would like to thank each one of you that took the time to vote for your favorite official single of 2012. Hence, without further adio, I give you Radio Creme Brulee’s top 10 songs of 2012:

#10. 1983 (Limahl): “Futuristic drum machines and monophonic beeps; Androgynous identity was so risque but so chic”. Nostalgia rarely ever tastes this sweet. Our #10 single this year came from a very unlikely source. Known as the face and voice of new wave band Kajagoogoo, Limahl made a rather “out of the blue” return to the music scene with a “dance pop” sound on his new single “1983“. The pulsating beats, catchy chorus, cool and suave vocals make for a delectable auditory experience. Limahl in 2012 is musically way more exciting than the Limahl we knew in the mid and late 80s. More importantly, the song serves as a reminder of the incredible grasp that 80s pop stars had when it came to crafting a hook-laden melody. Modern beat-driven music needs to change and sound a little more like that “dance pop” template that Limahl has concocted on “1983“. 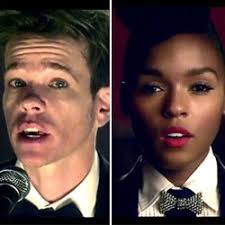 #9. We Are Young (fun featuring Janelle Monae): To anyone that limits their musical exposure to terrestrial radio in the US (and sadly, that is MOST of the US), the names “fun” and “Janelle Monae” rang absolutely no bells of association or recognition until the artists’ collaboration “We Are Young” was featured on the television series “Glee”. “Backdoor approaches” to mainstream popularity have been taken since the late 90s. These backdoor approaches include licensing songs to television advertisements and video games. Based on the success of relatively unknown “fun” and Janelle Monae, I think it is fair to say that getting a song featured on “Glee” is the best way to circumvent the promotional hurdle that American terrestrial radio has created thanks to their tragic incompetence when it comes to playlist programming. “We Are Young” does not follow a typical pop song structure and yet has enjoyed a lot of popularity in 2012. This would lead one to believe that the average US-based music listener is a lot more open to an eclectic range of pop music than the mainstream media makes them out to be. We’re glad that “Glee” pulled both Janelle Monae and fun out of “Indie” obscurity. 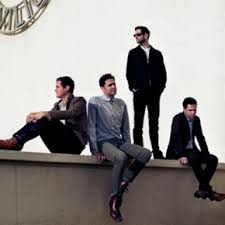 #8. Silenced By The Night (Keane): “Oh Oh Oh Oh….You and I we’re gonna rise again!”. In recent years, melodic rock band Keane has met with a lot of criticism for moving away from the winning musical template that made their debut album “Hopes and Fears” a modern classic. Their new album “Strangeland” is a return to their roots and is the undisputed musical twin of their debut album. The album’s lead single “Silenced by the night” captures every element of Keane that makes them great. The piano refrain, the vocal horsepower of lead singer Tom Chaplin, and a soaring chorus that stays stuck in your head forever. If Keane was looking to bridge the various factions of its fanbase, they most certainly started to succeed with the release of “Silenced by the night“. They did even better with the album’s follow-up singles.

#7.  Scared of Heights (Morten Harket): We are not huge fans of cover versions – especially covers of songs that have released less than 5 years ago. But if an artist has to release a cover version as his or her debut single from a new album, he might want to follow the example of Morten Harket on “Scared Of Heights” (originally performed by Norwegian singer/songwriter Espen Lind). Most people remember Morten Harket as the chiseled and good-looking frontman of Norwegian pop/rock band a-ha. It appears that time has not eroded the man’s good looks and piercing voice. Instead of going with an adult contemporary sound suited to his age, Morten Harket went all out this year to make a current pop album titled “Out Of My Hands“. In the true pop spirit, he completely reinvents the beautiful “Scared of Heights” by Espen Lind from a folk sound to an uptempo pop track – and it truly works. More importantly, the song allows Morten Harket to showcase the elements of his voice that he became known for instantly with a-ha’s debut hit single “Take On Me“. Don’t take our word for it. Check out a full-length video clip of “Scared Of Heights” below:

#6.  Sovereign Light Cafe (Keane): Our hometown, however small or remote, holds a special place in our hearts. We also have an inherent propensity to romanticize the small-town “landmarks” that form some of the seminal elements of that the picture perfect view of our hometown. By most conventional standards, the town of Battle (Sussex) would be considered a small town and Sovereign Light Cafe is the small-town “landmark”. This is where Keane hails from and it is the experience there that Keane celebrates through the song. In a beautiful piano-driven mid-tempo ode to the youthful and innocent experiences in their hometown, lead singer Tom Chaplin sings his heart out about how they watched the nights “coming down on the Sovereign Light Cafe”. Interestingly enough, “Sovereign Light Cafe” actually exists in the hometown of the lads from Keane.

#5. White Light (George Michael): If the act of re-emerging from a coma was to have a joyous soundtrack, “White Light” by George Michael would definitely be the first song on that soundtrack. Fighting for life can be a perspective-changing experience. George Michael is no stranger to this as he fought pneumonia at an ICU in Vienna halfway through his scheduled Symphonica tour. “White Light” is a direct result of that experience. While the song’s verses have an ominous undercurrent, the chorus is celebratory. The song demonstrates that George Michael is highly unlikely to lose the ability to write and sing a killer chorus any time soon. While that does not necessarily mean that he delivered a flawless single, it proves that he still possesses the songwriting ability of a hit-making songwriter. We hope that “White Light” is a teaser for better material from him in 2013.

#4. Different (Robbie Williams): 2006 is the year of “new Robbie”. It marked Robbie Williams’ foray into a pop sound dominated by electronic production. It worked musically but it started to polarize Robbie’s fanbase substantially. The new approach worked very well on Robbie’s 2009 album “Reality Killed The Video Star“. “Different” (the second single off Robbie’s “Take The Crown” album) marks a conscious return to the safer musical territory that Robbie Williams waded in prior to his 2006 album “Rudebox“. Like “Candy” (the lead single from “Take The Crown“), this song was also co-written by Take That colleague Gary Barlow. The down-tempo rock-tinged single has a big sing-along chorus and is likely to win back fans that Robbie may have alienated with his 2006 reinvention. 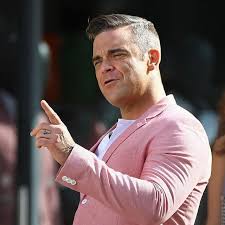 #3. Candy (Robbie Williams): If Robbie Williams and co-writer Gary Barlow were looking to create a guilty pleasure with a nursery-rhymish feel and yet have a hit, they most certainly succeeded with “Candy“. The song marked Robbie Williams’ return  to the top of the British singles charts and reminded the music world that Robbie continues to be a potent force to be reckoned with. Having a chart hit with “Candy” was critical for Robbie – especially since he is pretty close to the “40 age mark” – a point at which many artists are deemed inappropriate for promotion to the youth market and are relegated to the “adult contemporary” market. With “Candy“, Robbie Williams has officially silenced those that labeled him as being “yesterday’s news”.

#2. Wasted Light (Ronan Keating): Irish pop star Ronan Keating is representative of the idea that personal tragedy for a music artist can often act as a catalyst for high-quality musical output. Ronan’s latest album “Fires” has an abundance of radio-ready tracks and signifies a break from his “balladeer” tradition which while good, was starting to get stale a few years ago. “Fires” showcases Ronan’s rediscovery of his “inner popstar” but not without giving us a ballad that hits listeners as instantly as his debut solo single “When You Say Nothing At All”. That ballad is the achingly beautiful “Wasted Light”. It’s Celtic vibe, gradual sonic layering, and Ronan’s distinct vocal delivery provide a winning combination for a modern romantic classic. If I was to pick my personal favorite official single of 2012, “Wasted Light” would be that single. 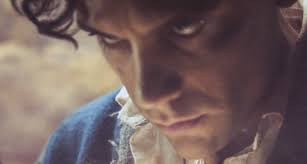 #1. Underwater (Mika): With his unique brand of quirky pop, British singer/songwriter Mika has managed to be one of the few male British solo stars to capture the fancy of American music listeners. Most artists hit their artistic peak by the time they have released their second album. Mika, on the other hand, seems to get better with each subsequent album. On his latest album “The Origin Of Love”, Mika wades in familiar musical territory for half the songs on the album while also showcasing new musical styles on the other half of the album. The album’s second single “Underwater” is undoubtedly one of the greatest highlights and has been voted for by our listeners/voters as the #1 single of 2012 on Radio Creme Brulee. We applaud Mika for this and can only hope that he continues to be prolific songwriter that he is. Here is a full-length video clip of “Underwater”:

Once again, thank you all for voting and sharing the “listener poll” with your friends on Facebook and Twitter. We needed enough votes to make this top 10 list meaningful – and thankfully, you all obliged and gave us a high enough vote count. We would love for all of you to continue to engage with us at Radio Creme Brulee. We launched with a vision of widening the mainstream to compensate for the narrowing that terrestrial radio has brought about in the last 16 years. If pop music is to survive, diversity needs to be its fundamental tenet.

Thank you all for a wonderful 2012. We hit some of the highest listener numbers we’ve had since we launched back in 2007 thanks to your support. We are confident that 2013 will be a great year too. Please feel free to check out our post on “Veteran acts returning in 2013 with new albums“. (WARNING: You will be surprised by some of the names on that list!). For those of you that have not listened to our radio station, please feel free to give us a spin from ANY part of the world. IF you are reading this on a mobile device (smartphone, tablet etc.), CLICK HERE to listen to our radio station. If not, listen to our station from ANY part of the world by clicking on the button below.