There is one more full day to go (at least in the part of the world I am currently in) before 2011 comes to its grand end. As I look back at this past year in music, I definitely see a lot of blooming moments but largely, I believe that the output of high-quality pop/rock has been fairly slim. When placed alongside the music of other years in this past decade, the music of 2011 definitely comes across as being largely underwhelming. That being said, the year did have its great musical moments. I chose not to highlight only the songs that were released as official singles but also album tracks that had “radio airplay” written all over them. So without further ado, here are Radio Creme Brulee’s “Top 10 songs of 2011”.

Hot on the heels of her 2010 album “Come out and play”, Kim Wilde returned to the limelight with her “covers” album titled “Snapshots”. Her lead single was an usual choice for a cover. Kim Wilde adds a rocky “oomph factor” into the East 17 hit single “It’s Alright” and truly makes it her own.  The song builds on Kim Wilde’s musical reinvention as a fiercely sexy “rock chick” back in 2006 when she returned to pop music with her album “Never Say Never”. The additional bonus is that Kajagoogoo bass-player Nick Beggs is featured on the track and the music video. Here is that track:

In an age wherein image overrides artistry, British songstress Adele’s success story seems like a rather unlikely one. She fits none of the elements of the popstar “image” but her powerful vocals have made her a force to be reckoned with. She might be one of the few British artists that terrestrial radio in America has embraced. For once, over-the-air radio made a good judgment call and has allowed one of the best female vocalists of today to reach the hearts of audiences both in America and worldwide. “Turning tables” is one of Adele’s shining moments in 2011. Here is the song:

Ever since British manband Take That returned to the limelight in 2006, they have positioned themselves as an “Adult Alternative” MOR ballad band. While this was a good reinvention, it was only inevitable that it would get boring eventually. Fortunately, they switched gears stylistically when they brought former band-member Robbie Williams back in to the fold and released “Progress” in 2010. Their 2011 single “Love Love” builds on the sound honed and nurtured on “Progress”. More importantly, it is great to finally have an upbeat Take That track that fans can totally jam out to. The song was also featured on the soundtrack of the new “X Men” movie. Here is the music video:

7. In My Dreams (James Morrisson)

James Morrison returned with his highly anticipated album “Awakening” this year. The album follows Morrison’s trademark format of acoustic ballads enveloped in lush production. “In My Dreams” is one of the better gems on this new album and highlights Morrison’s vocals in a way that some of his previous efforts have not. Here is a full-length clip of the song:

6. Searched Every Corner (The Feeling)

British pop/rock act The Feeling has one been of the hardest bands to categorize neatly into one single genre. Ever since they broke out with their hit single “Sewn”, critics have flitted between referring to them as “soft pop”, “soft rock”, and “easy listening”. None of these tags aptly describe the sound of the band. The band’s third album “Together We Were Made For This” sees them venturing into new musical territory – most notably their collaboration with the Freemasons the result of which is the amazing track “Searched Every Corner”. It sounds like nothing the band has ever put out. NOT releasing this as an official single is one of the band’s poorest business decisions. Fortunately ,we gave this song the airplay it deserved. Here it is:

This is the song I secretly wished Take That would make soon after they reunited. The song opens like an ordinary Robbie Williams acoustic downtempo track and quickly builds up to a soaring chorus featuring Gary Barlow. This is hands down one of the most uplifting tracks of 2011. It also reveals that that the band’s ability to craft a great pop song still shines bright. Here is the song:

Most music listeners in the world might claim that this song is the year’s biggest and best single. They are almost correct. Maroon 5 has always had a knack for a catchy chorus (if not the best verses) and they have undoubtedly taken that artistic competency to new highs on one of the biggest singles of the year. Maroon 5 needed this song to bring them out of what was perceived by many as a downward spiral commercially. Their third album “Hands all over” was lackluster despite being produced by the highly acclaimed musical genius Robert John “Mutt” Lange. It seemed like Maroon 5 was on their way out of the commercial limelight but “Moves Like Jagger” has cemented the band’s position as one of the America’s best modern pop/rock bands. The song also does wonders for bringing former teen star Christina Aguilera back to the limelight. Here is the song:

In general, I have virtually no interest in any artist that has traversed the American Idol/Pop Idol/X Factor route to stardom. For the most part, that stardom is ephemeral and hinges almost entirely around the popularity of the television shows that launch these artists. Pop Idol alumnus Will Young’s career trajectory has been quite predictable. He positioned himself as a balladeer and it seemed to work. 2011 marks the exciting artistic twist of Will Young. It is also the year that made Will Young interesting to us at Radio Creme Brulee.  Dance music producer Richard X was handed over the production reins and thus put a strikingly different and upbeat spin on the music of Will Young. “Runaway” is a mid-tempo dance ballad with Will’s smooth vocals floating over a pulsating beat. The song gets more addictive with each listen and really ought to be given an official release as a single. Until then, enjoy it right here: 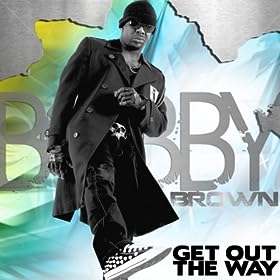 Fallen angels pay a heavy price – the price of obscurity after dizzying highs in the pop music stratosphere. Bobby Brown was one such fallen angel. His sophomore album “Don’t be Cruel” made him one of the biggest R&B stars of the late 80s. His career was something people could only dream of – and yet it seemed to wither away just as quickly. His follow-up albums could not match the success of “Don’t be cruel”. By the 2000s, he was known more for being “Mr. Whitney Houston” – a title that disappeared soon after his divorce from pop diva Whitney Houston. A series of public troubles changed his public persona from one of an artist to a joke that offered great amusement value. In the midst of what seemed like the point of no return, Bobby Brown emerged with a song that very well could have been featured on “Don’t be Cruel” and that song is “Get out the way”. The song marks a welcome return to form. Does this mean Bobby Brown has found his inner artist again? We sure hope so. Until more material from Mr. Brown surfaces, here is the song:

Our #1 song for 2011 is undoubtedly one of the year’s biggest surprises and one of the best “end of summer” jams. Friendly Fires rose to prominence in the British music scene with their debut single “Paris” back in 2008. The band had an appeal but they did not comfortably fit the pop mold. Lead singer Ed McFarlane was quirky and his nerdy dance moves became something the average music listener could relate to. His vocals were great too. Their second album “Pala” saw the band shifting towards an “Indie Dance” sound that generally does not capture the heart of the “average Joe” pop music listener but in the midst of the eclectic Indie Dance assortment is a gem that encompasses the essence of what today’s seminal pop song ought to be. The song is danceable, funky, and has a hook-laden chorus of a standard that is rarely seen in pop music these days. Lead singer Ed McFarlane’s falsetto is simply irresistible and it induces one goose bump after another. While Friendly Fires has nurtured a global audience, we believe that the sound on “Hurting” is what will make them megastars. Here is the song:

NOTE: If you have NOT yet checked out our 24/7 internet radio station (can be listened to from any part of the world), CLICK HERE and enjoy the world’s most eclectic assortment of current pop/rock music from both sides of the Atlantic alongside guilty pleasures, forgotten tracks, and radio hits from the last three decades! What are you waiting for? LISTEN NOW!!!