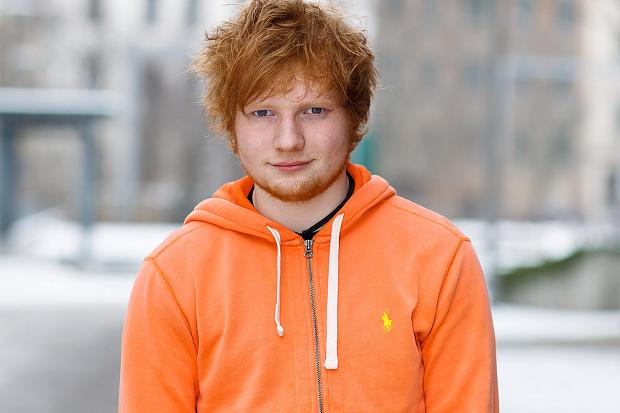 Suffolk-born singer-songwriter Ed Sheeran does not embody the typical attributes of the manufactured, generic and “created for teen idolatry” pop star. Neither does his route to stardom follow the path of today’s “reigning” (translation: annoying and overexposed) popstars. He did not have the “rent a rapper” commercial crutch or the “American Idol” route to instant fame either. His growth of a fanbase was organic (through performances at open mic nights and Youtube)- slow and steady – first in his home base in the UK and then in the US. His story is the one we would like to see more of these days in pop music. It is so incredibly reminiscent of the relatively meritocratic era of pop music – which seems like a distant memory.

After the monster success of his debut album “+“, there is a lot of anticipation for his new album “X” (“multiply”). The album was recorded and produced in Los Angeles. Rick Rubin was at the helm of production. The album’s first outing “Sing” makes it seem like Sheeran might not be revisiting the laid-back acoustic sound that dominated his debut album. Instead, “Sing” is a pop-infused track and not something one would expect from the quintessential singer-songwriter sound. Produced by Pharrell Williams, it mixes both an acoustic sound along with modern beats. Fused together, it sounds like something Justin Timberlake may have experimented with as he was honing his sonic template as a solo star. The most noteworthy element borrowed from Timberlake is his trademark falsetto. “Oh-Oh-Ohs” in the chorus always stick. It is still not clear as to whether or not this direction truly works for Ed Sheeran. The track is pleasant enough but no one would instantly attribute it to Ed Sheeran. While it makes him more accessible, it does not necessarily make him as distinguishable.