The ABBA Voyage: Friday night and the lights are low 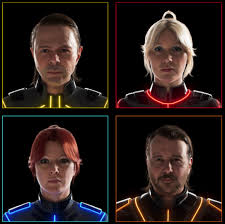 When ABBA Voyage premiered in London in May, I felt we were witnessing the future of music shows. Even the staid old “newspaper”, The Economist went gaga. It felt like an “iPhone moment”. Yesterday, I finally went to the show. What do I think of it now?

The ABBA Voyage arena is a custom-built venue, in the eastern London suburb of Stratford. It is medium sized by London standards, capable of hosting 3000 people, and of course it was packed. The first surprise was that there were a lot of young people. I had thought it would be an over 60s audience, those who grew up listening to ABBA. But it looks like ABBA’s appeal has transcended generations, although I remember in the 70s, it was considered rather uncool to admit that you like their music!

The show started, and the technology was simply stunning. The “Abbatars” look extremely life like. You could be forgiven for assuming they were real, if you didn’t know better. On the stage, they looked indisputably perfect. But when they zoomed closeup, you could sense the difference. The faces were a shade wooden – especially that of Agnetha Faltskog. They got Benny Andersson and Anni-Frid (aka Frida) Lyngstad spot on, they got Bjorn Ulvaeus reasonably well, but they didn’t do justice to Agnetha – she seemed bored and emotionless, which was completely unlike the real Agnetha. It was also a bit strange to see some of the dance moves, which are more contemporary, although they thankfully didn’t twerk! Looking at ABBA dancing in their prime would perhaps make a Gen Z youngster cringe. Clearly, they couldn’t duplicate that now and hope to get away with it, but still, for those of us who saw them in their days, the mojo was different! There is a live band with the singers take turns singing some portions, while the original backing tracks are retained for some. Of course, the current singers are not a patch on ABBA and the transitions sometimes indicate this inadequacy. But in a live show, the music is never perfect and so it was OK. The instrumentalists were great though.

Most of the original hits are there, but not all. Noteworthy omissions include “Super Trouper” and “I have a dream”. They also interspersed a couple of their recent releases such as “Don’t shut me down” and “I still have faith in you”, but you could easily tell what the audience thought of them. The energy in the arena drained when one of the newer songs came on and picked up only when the old favorites came back. The audience really didn’t care. They were there to be wowed and to shake a leg, and shake they did. I was caught up too. It’s a stunning experience and you are guaranteed to have a great time, if you are an ABBA fan. As the concert wound down, inevitably to climax with “Dancing Queen”, it would be hard even for the most staid 70 year old to remain seated. People were reluctant to leave the Arena when the show ended – that shows how much they enjoyed the experience. It shows in the box office too. You can’t get a ticket for love or money this year and you have take your chances with next year. Five shows a week, week in week out, completely sold out for months. 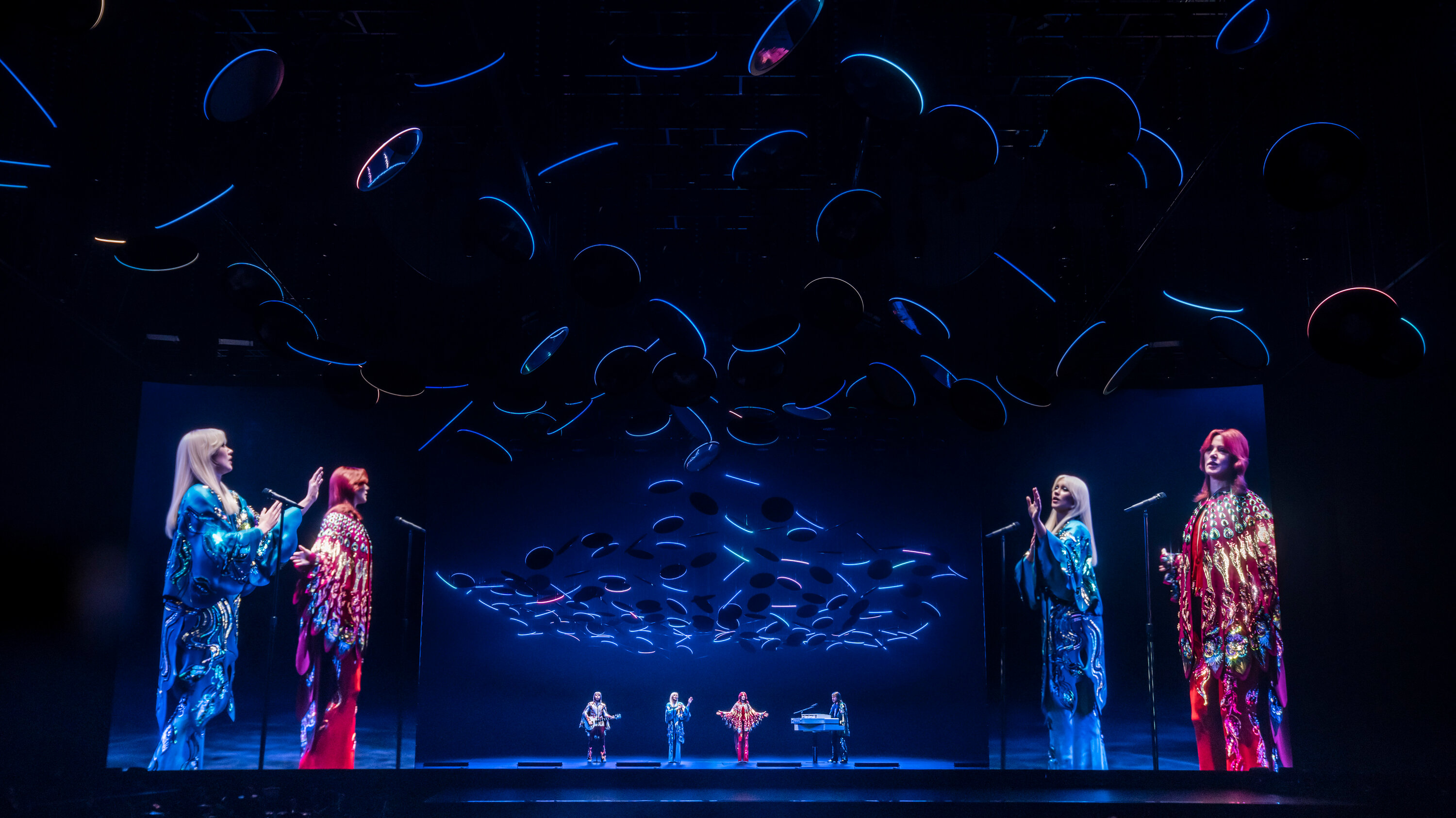 But it’s not a live show experience. No two questions about it. The interaction between the performer and the audience is not there. Performers feed from the energy of the crowd and loop back to the audience. That is completely missing. There is no improvisation, no encores, no bantering back and forth and so when the music is not on, it feels a bit like a hi-tech movie hall. For many, this may not matter. But for the true music devotee, this is an incomplete experience.

The model is intriguing. Apparently, the budget was approximately $175 million – obviously, a zillion times more than that of any live tour. But then again, they are performing every day, for months (maybe years) at a stretch. Ticket prices are comparable to those of live concerts. You can hear the cash ringing in the tills, literally, at the food and memorabilia counters. Its going to be a rousing financial success for ABBA. And its going to be taken to many cities in the world. This is only the beginning and we have barely scratched this surface of this endeavor’s commercial promise.

So, is this the future of music shows, as I giddily opined on their premiere? I am more nuanced now. I think it’s a new concept in live entertainment and is here to stay. Others will undoubtedly follow. The technology will keep improving such that you absolutely cannot tell the avatar from the real. They will add elements that are missing – bonding with the audience, some spontaneity, etc etc.

But this model is not for every artist. ABBA have a cult following. You need that for this to succeed. Perhaps Michael Jackson. Perhaps the Beatles. Elvis Presley (it actually started with him many years back). My daughter who was with me said that if BTS did this, they would smash every record. But would say a George Michael be able to do this? (it doesn’t matter if the artist is alive or not !). Can he get 3000 people in every night for year(s)? Probably not.

I had a most enjoyable experience. I am humming “you can dance, you can jive” a full day after being there – never mind the occasional ouch of a creaking joint! I am delighted to have gone. I got more than my money’s worth. I even got a bonus. Frida was there in person. They never told us that until the show was over, but she stayed back to wave at everybody from the stands and the crowd lapped it up and refused to let her leave. First time one of the four was there in flesh after the opening night. It was all wonderfully enjoyable.

I will talk about the whole experience and bore everybody else to death. But would I go again ? NO. And therein lies the rub.

In case you did not pick up on this earlier, the blog you are reading is affiliated with Radio Creme Brulee – an online radio station that features an eclectic mix of current pop and rock music from both sides of the Atlantic alongside hits, forgotten gems, and rarities from the last three decades. Alongside newer artists, we also play plenty of newer music by bands that rose to prominence in the 80s,90s, and the 00s. Noteworthy examples include Simply Red, Wet Wet Wet, a-ha, Coldplay, Kylie Minogue, Dubstar, Tears For Fears, Duran Duran, Camouflage, Spandau Ballet, INXS, Depeche Mode, Suede, The Corrs, Jamiroquai, Johnny Hates Jazz, Simple Minds, and Culture Club.