The Corrs make a triumphant return with “White Light” 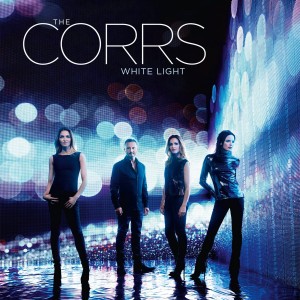 While the notion of a Celtic pop/rock band is not exactly original, it definitely was unique at the time the Irish sibling-band The Corrs rose to prominence. They achieved the rare feat of fitting comfortably into the mainstream without sounding anything like the rest of the artists and bands that dominated the airwaves of commercial pop/rock radio in the late 90s and early 2000s. Their sonic template married strong Celtic influences (brought to the forefront by instruments such as the bodhran and the tin whistle), lead singer Andrea Corr’s achingly beautiful and distinct vocals which successfully blended innocence with sensuality, and a commercial sensitivity that made a bulk of their first three albums incredibly accessible to the masses both in their home country of Ireland and overseas (the US was always going to be a harder sell given American terrestrial radio’s sonically uni-dimensional and borderline xenophobic approach to playlist programming – a trend that was kicked into high-gear by the Telecommunications Deregulation act passed in the mid-90s).

The Corrs were more than a band. They were a brand whose attributes include a unique sibling chemistry (creatively speaking), an unbridled pride in their heritage that is showcased by the conscious choice of musical instruments featured on their songs, a commitment to their superior artistry and musical competence, the blinding gorgeousness factor of the three Corrs sisters,and their undeniable restraint towards the temptation to be tabloid fodder. The final element of their brand probably also made it easier for them to retreat to domestic life back in 2006 to raise their families. To say they were sorely missed for almost a decade would be quite the understatement. Hence, their announcement to return after a long hiatus filled fans across the globe with a dizzying sense of euphoria and anticipation for the new album titled “White Light“. The album was recorded at the Church studio and Metropolis studio in London through most of 2015 and finally saw the light of day (although the album has yet to be released in the US) on November 27, 2015.

The year did not start off well for the siblings. They lost their father, Gerry Corr, while they were in the midst of recording the album. In an interview with Montrose Review, band-member and violinist Sharon Corr admits that her siblings being together and being a source of comfort to each other through their shared loss and creative process was something they were able to channelize successfully into their musical endeavor – their first in a decade.

Reunions, more often than not, meet with skepticism (some of it is justified while in some cases, it is clearly misplaced). More importantly, the common question asked is whether or not a newly reunited band’s latest offering is an essential expansion of the band’s legacy or a sad attempt at indulging a latent sense of nostalgia in their fanbase. Fortunately, with “White Light”, The Corrs have created something special that holds up very well in the context of their stellar back-catalog. Some might even say that on the metric of quality, it eclipses the band’s last two studio offerings.

Over a month ago, we reviewed the album’s lead single “Bring on the night” and gave it a rather lukewarm review since we questioned the song’s potential as a post-hiatus lead single. Furthermore, we did not necessarily think of it as being a sonic manifestation of the sound that propelled the band to global stardom. After having listened to the rest of the album, our assertion around the “lead single worthiness” of “Bring on the night” has been strengthened. The song is somewhat of a red herring but not really. It is representative of the adult contemporary flavor of one half of the album but is by no means reflective of the entire album as a whole. For that, we are thankful.

The highlights of the album (i.e. potential radio-worthy singles) are as follows:

a. “I Do What I Like“: The album’s opener is an uptempo track in the vein of the singles from “In Blue” – the album that many associate with the band’s commercial zenith globally. The song’s verses are driven by repetitive staccato-ish piano chords, while Sharon Corr‘s sweeping violin section drifts over the pre-chorus thus serving as an effective preamble to the song’s sublime and insanely addictive chorus – one that brims with a feeling of optimism and empowerment which radiates through the following lyric:

While the song is reminiscent of “In Blue” era Corrs, there is a hint of the traditional Irish sound which forms the bridge between the chorus and the second verse as well as the final chorus. This song should have been the album’s lead single. It is hands down one of the best songs of 2015. One cannot help but wonder why it was passed over in favor of “Bring on the night“.

b. “White Light“: The song’s first few seconds suggest lite adult contemporary fare but around 22 seconds in to the song, it picks up pace over a mid-tempo beat with a gradual layering of instruments and vocal harmonies building up to a sing-out-loud chorus. The appeal of the song is further enhanced by its contradictory musical elements – an uptempo vibe married with a sad lyric that talks about a life cut short too soon.

What’s in a number?
Twenty Seven years
Not long enough
To learn from your tears

The tragedy of a life cut short is further characterized by references to an “unfinished symphony” and a “fading polaroid”. Lyrically, and sonically, the album’s title track “White Light” is undoubtedly a winner.

c. “Stay“: The song opens with an acoustic guitar that drives the rhythm of the song. Its most noteworthy aspect is how it gradually morphs from an Indie Folk Revival track to a pure mid-tempo pop track through each section of its structure. The absolute icing on the cake is the goosebump-inducing post-chorus tin whistle section. It is great to see The Corrs revisiting the pop sound from their first two albums in which they made no effort to hide their Irish heritage.

The album’s appeal stems from the band’s ability to revisit different sounds that they have been associated with over the years. The studio gloss of “In Blue” is evident on tracks such as “I do what I like” and “Unconditional“. The Celtic sound of the band comes to life on tracks such as “Harmony” and “Stay“. There is also the token instrumental titled “Gerry’s Reel” (undoubtedly a reference to the siblings’ late father) which incorporates Sharon Corr’s fiddle-violin, the tin whistle, and the bodhran. It just might the sonic twin of “Toss the feathers” an Irish-flavored instrumental featured on the band’s debut album “Forgiven Not Forgotten“. Almost half of the album features lite adult contemporary fare. Noteworthy examples include “Strange romance” and “Catch me when I fall“. They are pleasant enough but they don’t grab the heartstrings in the way that songs such as “What can I do” (from the “Talk On Corners” album) do. They probably also have the effect of diluting the sonic lustre of the album a little and undermining its ability to be perfect.

That being said, “White Light” definitely marks a great return to form for the band. The album is hands down their strongest offering since “In Blue“. Some might even argue that it eclipses “In Blue” and eschews some of the pitfalls of that album (producer John Shanks probably deserves credit for this bit). A long hiatus from their status as a creative core compounded by their father’s demise does not seem to have shaken the band’s resolve to impress. The album is bound to make the band’s ardent fanbase incredibly happy and the band just might win some new admirers through the three tracks that we highlighted earlier. We are overjoyed by the band’s return and cannot help but think that “White Light” just might be 2015’s “album of the year” despite not being a perfect album. Grab your copy of the album and bask in its brilliance. Until you have done that, here is a full-length clip of “I Do What I Like“:

We are an American internet radio station that broadcasts worldwide. The station features an eclectic mix of current pop and rock music from both sides of the Atlantic alongside hits, forgotten gems, and rarities from the last three decades. The music of The Corrs is a regular staple on our radio station. We even play radio-worthy tracks by The Corrs such as “All in a day” and “Heaven knows“. Currently, “White Light” and “Stay” are getting 5 plays EACH per day on our station.

Give us a spin when you get a chance.
We just might become your alternative of choice! to Listen Live!