“New” Tom Jones – Unusual But Worth a Listen

A leaked memo from an Island executive, branding Tom Jones’ latest offering, “a sick joke,” has done more to bolster anticipation for the new album from the 70 year old crooner. He must have felt quite betrayed by the label he had just recently signed to, but they both clearly had very different records in mind.

The executive clearly expected another collection of electronic chart toppers with the embarrassing aura of your uncle dancing at a wedding, trying to avoid the piles of massive underpants aimed at him.

The Welsh legend clearly had other plans. Teaming up with producer Ethan Johns, it seems like Tom Jones’ sound has matured like a good Caerphilly on “Praise and Blame”. 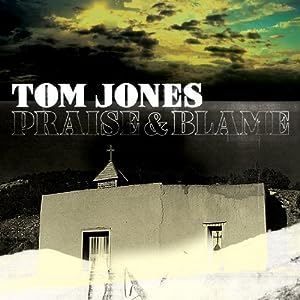 Some would say that this is a brave move from the singer who built a career based on Las Vegas style showmanship, to suddenly move to an album of more subdued and highly crafted songs. Whilst the album is laced with covers, they are, without exaggeration, by some of the best in the business.

This writer never really took Tom Jones seriously, with his mix of inappropriate dance moves and ridiculously overproduced songs. Some of his songs have been painfully transparent vents for the sexual aura that has surrounded him since his career began. However, with Ethan Johns producing and credits to Bob Dylan, John Lee Hooker, Booker T Jones and Mahalia Jackson.

Ethan Johns took the decision to strip the backing tracks down and record many of the songs live, giving the songs a real edge that was sadly lacking in his previous offerings.At this rate, I’ll be throwing my underpants at him!

Whereas many men at the age of 70 are sitting in wheelchairs with a blanket over their knees, Tom Jones is still seemingly on top of his game. Thankfully he has realized that the act he’s been holding onto for so long is clearly out of his range now, and he has made an album that focuses on something about him that, in spite of how it’s dressed, is undeniable; Tom Jones has a truly outstanding voice.

The album was lambasted as an album of “hymns.” And whilst it certainly isn’t what one would expect from Tom Jones, it is nowhere near an album of hymns, and frankly, if anything, it just goes to show how out of touch record executives are with real music.

“Did Trouble Me,” has ever such a gentle hint of church organs, with a very hymn-like melody, but it is quickly burnt down as a banjo lilts onto the mix and carries Tom’s soaring, gravelly tones to the end of the task.

The executive in question wanted the aged crooner to churn out another barrel of embarrassing, high-tech disappointments but instead he got something entirely different.

Tom Jones reaffirms his legendary status in this record and luckily he has resisted the urge to flog a horse, that frankly died years ago with cameo appearances in The Fresh Prince of Bel Air and Mars Attacks! Instead he has gone back to his roots, gone back to the music that was clearly an influence to his gravelly tenor.

Instead of an embarrassing chart flop, he has produced an album that whilst it may not do so well in terms of his regular, swooning, sweating and knicker hurling fan base, it is an extremely respectable collection of excellent songs and well worth a listen.

Music fans are notoriously fickle, and it’s been the case in the past that new directions from well known musicians have not been well received. However, isn’t it better that Tom Jones is filling his time with reflective and beautifully crafted music, rather than aiming for chart hits? I know I’d rather see a man of 70 following more traditional roots of music than gyrating painfully on a hip that should by all rights have been replaced by now.

If people can look beyond the change in direction, and see Tom Jones as a consumate musician, rather than the image that his fan base has created around him, then they will enjoy his latest album, “Praise and Blame”, as a collection of heart-felt tracks. An excellent, albeit different, addition to a long and eventful career.