Why is Ricky Martin duetting with Storm Lee on new album?

Latino superstar Ricky Martin, has been somewhat quiet of late. Since his last album, 2005’s “Sound Loaded,” (not including his 2008 greatest hits,) he has been quite subdued. A live world tour or two and a quick appearance at the 2006 Turin Olympics (singing not hurdling,) are hardly newsworthy when you’re the self-styled Latin God Ricky Martin.

Last year, he publicly announced his homosexuality, ending years of speculation. It was speculation from one half of the general public who saw his effeminate manner as a seductive and sensual latino idiosyncrasy. However the other, less speculative, members of the general public were looking at each other with raised eyebrows moving, smiling satisfyingly before moving onto the next probing question of the age, “So…Is the Pope Catholic?” 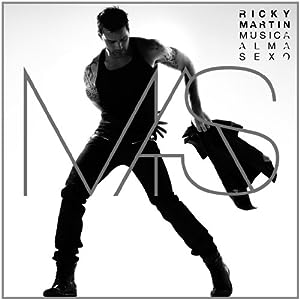 It came out (sic) recently that he is looking for some new talent on his latest album. It is due a release this year. “Music, Soul and Sex,” is Martin’s first album of new material since 2005. It is also a highly anticipated bi-lingual album. Martin has enjoyed success in both his native South America, as well as in English speaking countries. It is this success that has made him one of the biggest musical artists of the last decade.

The word “talent” is obviously being used loosely here as regular readers may recognize. Whereas poor Michael Jackson probably only worked with Akon on, “Hold my Hand,” because he knew that Akon was quite current and reasonably chart friendly, Ricky Martin has enlisted the help of Storm Lee.

Exactly. To those of you who were unlucky enough to see him on the British X Factor, you may groan with despair at his appearance on no less than FOUR tracks on the new Ricky Martin album. Those of you who don’t know him, aren’t missing much. He was a 37 year old LA dwelling Scottish man who wore “guy-liner,” tight jeans and dyed his hair ridiculous colors in a painfully transparent attempt to regain his youth.

He wailed his way through several equally transparent rock covers on the X Factor, including Starship’s, “We Built this City (on rock and roll,)” and any one of Bon Jovi’s hits (I forget which one, but they’re all basically the same.) He was voted off the show for being something of an embarrassment to men of a certain age. He danced and sang like most men do with a towel around their waste using a toothbrush as a microphone.

It sounds odd to say that Ricky Martin is giving Storm Lee a chance to shine. Why would he do that? And if it’s because he wants to give the guy his lucky break, surely he already had his lucky break? He applied for the X Factor, passed through thousands of hopefuls, and actually made it to the final 14 in the live finals. He was voted off for being bad. This should be the end of it. He had his chance and he failed.

It is, however, purely based on reports and murmurings and may be completely untrue. Indeed, with a release date set for Feb 2011 and Storm Lee only hitting notoriety in the later part of this year, it all seems to have happened very fast. Hopefully it is all some horrible joke (Akon?? Really?? Michael Jackson and Akon??) but these days, who knows? Maybe McCartney on his next solo album will enlist the help of Susan Boyle? Perhaps Bono is looking for a new vocalist in the form of the rotund Numa Numa guy from the ridiculously well known Youtube advert?

Ok, maybe I’m being silly here, but then, if you’d watched the X-Factor, you’d be just as surprised by me at hearing about the news that he is to be duetting with arguably one of the biggest pop superstars around.